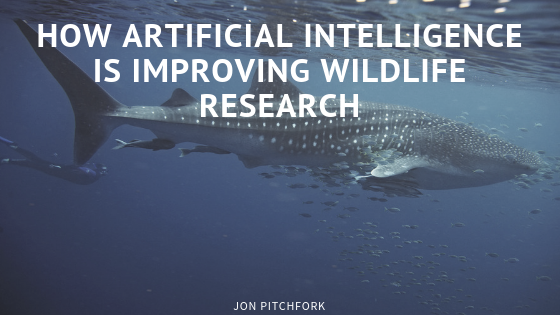 In the past thirty years, the number of reticulated giraffes in Kenya has decreased by 70 percent. Throughout Africa, the population is down 40 percent in the same amount of time, knocking the population down to fewer than 100,000. Currently, biologists and wildlife researchers are in a rush to asses the behaviour of the animals and their preferred habitat in order to protect them. The current method of assessing population involves using aerial surveys, costing quite a bit of money that isn’t always available to animal researchers.

One software programme is hoping to make the process easier for researchers. Wildbook was developed by a nonprofit in the United States. The technology automatically identifies animals by their fur patterns or other identifying features. This allows researchers to complete a full population estimate over the course of a weekend, something that before was not possible.

Right now, Wildbook operates databases for 20 different species but can be trained to identify thousands of others. Its latest innovation is a bot that extracts new whale shark videos from Youtube every evening. It extracts still images of the shark and then analyses its collection of spots so it can identify the animal. In addition, it collects the location and date of the sighting and adds it to a whale shark database. The bot can work in five different languages and analyses about 30 videos every day. The bot can reach areas that researchers have previously been unable to because of logistics or budgetary constraints.

The data collected by the bot was one of the driving forces behind upgrading whale sharks status from vulnerable to endangered in the IUCN Red List of Threatened Species in 2016. The data can also be used to determine the creation and management of protected areas for marine life.

Since 1970, Earth has lost 60 percent of its vertebrae animal population. While this statistic is grim, artificial intelligence may be able to assist in preventing that percentage from growing larger. Artificial intelligence has progressed quickly over the past few years, to the point where it is now able to take the place of researchers on a variety of projects. Computers are now able to identify individual animals from a picture and categorise camera trap photos collected by field scientists.

Eventually, the technology will also be able to spot poachers through camera trap images. As AI begins to improve animal conservation efforts, it will also be able to help in sustainability efforts worldwide, from monitoring plastic pollution through drones to tracking forest loss and recovery. Artificial intelligence will continue to grow more intelligent and can be leveraged to help save the planet.