How Blockchain Can be Used to Fight Workplace Harassment 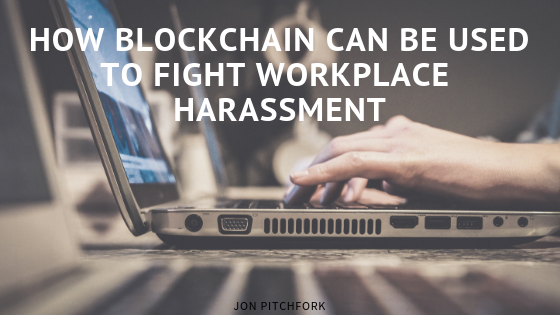 Sexual harassment is a problem that haunts many workplaces. This pervasive issue is especially difficult to combat because many employees are scared to report any perpetrators whose negative backlash could hurt their career. In fact, the majority of workers never report sexual harassment. Experts estimate that 75% of sexual harassment cases go unreported.

Neta Meidav is one woman who went through sexual harassment that she was too scared to report. Meidav has gone on to lead a successful career in British government, but the recent #MeToo movement reminded her of the harassment problems in workplaces everywhere.

Employees needed a new method of reporting workplace harassment. The current model, the anonymous reporting hotline, had not changed since the 1970s. Clearly it was not working, and many people did not feel secure using it or confident in its abilities to make a difference.

As a result, Meidav created Vault, a platform that uses blockchain to help users privately track and report incidents. Blockchain works by providing users with a virtually incorruptible digital ledger that allows sensitive incidents to be securely and permanently recorded.

Neta Meidav describes her product as a digital journal. Vault gives employees the ability not just to report incidents, but to upload digital evidence including photos, files, and emails. All of this evidence is uploaded to the blockchain, and labeled with a unique and permanent timestamp. Employers don’t have any oversight of the process unless the employee opts to share their records and evidence.

Vault isn’t the only company poised to fight harassment through blockchain. The trend is a global one. In China, users fight censorship by sharing their stories on the Ethereum blockchain. Another example is ZTips, an app used to report sexual assault on college campuses. Unlike Vault, the information entered through ZTips isn’t private, and can be sent directly to law enforcement agencies.

Sexual harassment is a pervasive issue that has proved difficult to report without risks for the victim. Blockchain presents a solution by allowing employees to track and anonymously report incidents. Neta Meidav is positioned at the forefront of the movement with Vault, a platform created especially to record and report sexual harassment. Other users around the world are using similar technology to report their stories of harassment and assault. Hopefully advances in technology such as blockchain will soon make sexual harassment a problem of the past.