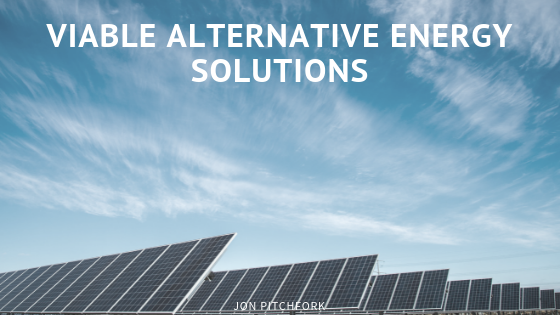 CO2-sucking factories are beginning to pop up around the world. These plants capture CO2 in the air to be used for different purposes, such as in greenhouses. Because the high level of CO2 in the atmosphere is a uniformly global occurrence, these plants can appear anywhere and potentially restore jobs to areas that have lost other industries. A variety of startups have emerged that are using CO2 to make a range of unusual products, from fish feed to concrete. Arguably, the most significant product these plants will begin producing is fuel. The cost of capturing is estimated to be less than £78 per one metric ton. While currently more expensive than a barrel of crude oil, in time it’s expected to equal out. But one might reasonably ask, why create fuel from CO2 when electric motor vehicles are perceived to be the ‘go to’ alternative?

The prospect of electrification of motor vehicles and the associated requirements for infrastructure changes is by no means a simple or fast fix. We will also need to produce vast amounts of reliable batteries whilst trying to make sure all of this does not itself have a huge impact on our environment. There is some weight to the argument that electric vehicles just move the problem elsewhere. Although, it is not entirely true depending on the source of the power, how cleanly and efficiently it can be produced. Electric vehicles certainly remove the very unhealthy exhaust particulates usually fired at surround people of following vehicles. But, to pull it off we are going to need a huge upgrade to our power grids.

In America, electric vehicles currently account for less than 2 percent of cars sold. However, they could become the majority within the next three decades. Americans log 3 trillion miles per year and consume 170 billion gallons of gasoline. Converting that to electric would create new demands on the current system of producing and delivering electricity. In California and Maine, the switch would require a 50 percent growth in electricity needed to charge the vehicles. Other states would require less drastic growth, but growth all the same.

Longer term prospects for generating clean electricity are gradually taking shape, from the already rapidly growing renewable sources, to the longer term ‘Holy Grail’ solution of Nuclear Fusion. But will this all take too long to implement? The United Nation’s climate science body has stated we only have 12 years left to make massive changes to limit global warming to moderate levels.

In the UK, we spend £1.20 per capita researching nuclear fusion, still a mere 0.05% of our energy spending and worldwide it’s still less than £1 per person per year. For a technology that holds such an incredible promise of practically limitless power without the nasty concerns about radioactive waste, it seems insane that we aren’t globally pulling out all the stops to get it up and running.

It would seem that what we really need is a way to buy some time and stop things from getting any worse while we get other solutions in place. Enter the world of near carbon neutral renewable alternative fuels. These fuels allow us to lock up Carbon from the atmosphere and give us a damage limiting alternative to releasing more Carbon from fossil fuels. Algae-based biofuel may be one such solution. Exxon Mobile believes that in a few years, they’ll be able to produce 10,000 barrels a day. While that’s a small number compared to oil, experts think this to be a scalable, sustainable reliable and affordable solution. Producing hundreds of thousands of barrels a day would require less than 1 percent of the current land used for corn and soy farming.

As often seems the case, technology has the potential we need but our business and political decision-making lag tentatively and cautiously behind. The few striking exceptions are people with the vision and funding like Elon Musk. Yes, there are risks, but we need to be more like Elon, as what are the risks of not getting ahead of environmental damage?!